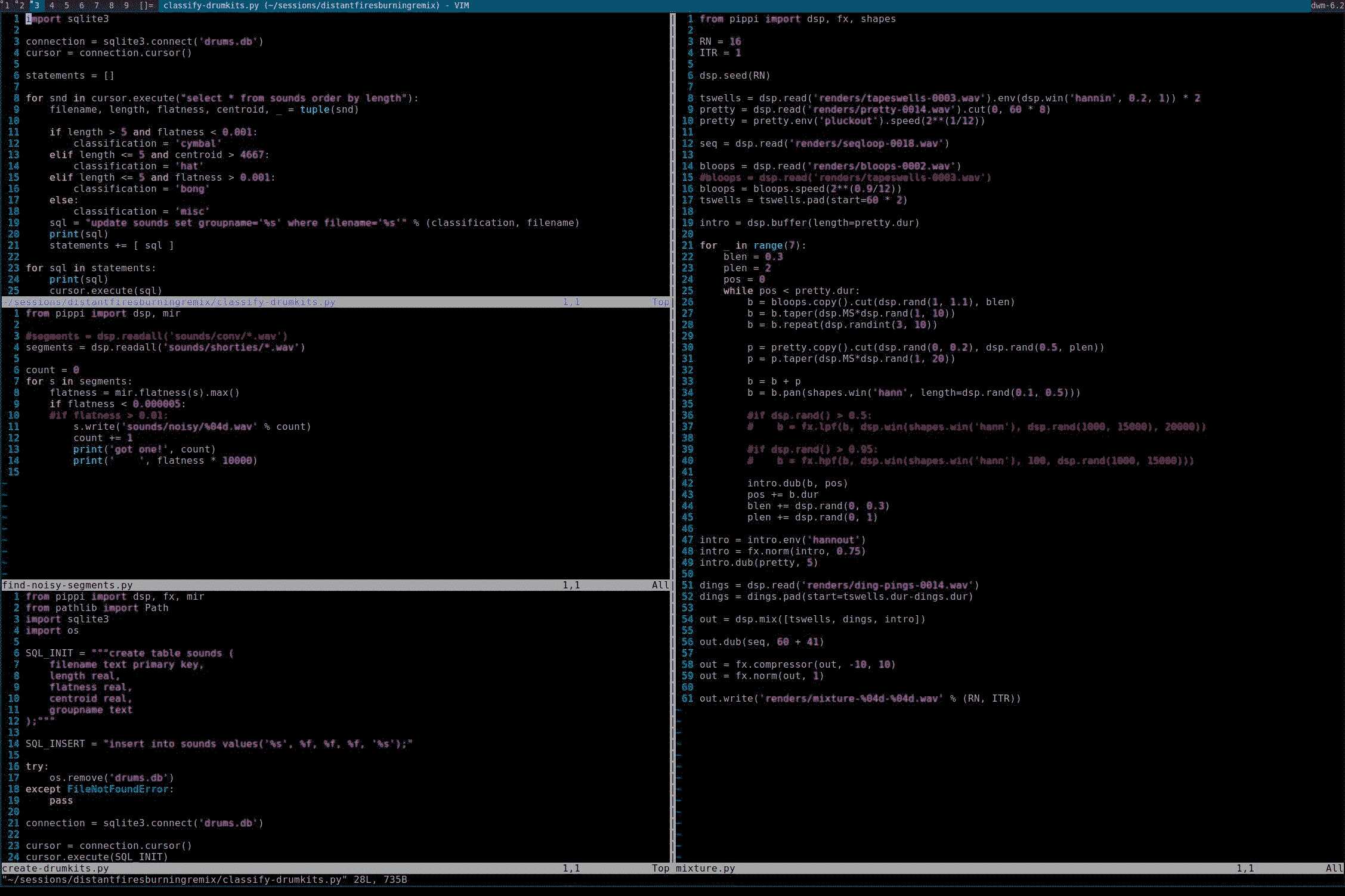 I like composing in non-realtime environments. I’ve found python to be a very nice environment for writing procedural scores.

Python’s batteries included general-purpose strengths make it easy to interface musical ideas with the outside world.

For things to do with sounds and musical signals I use a computer music library called pippi. 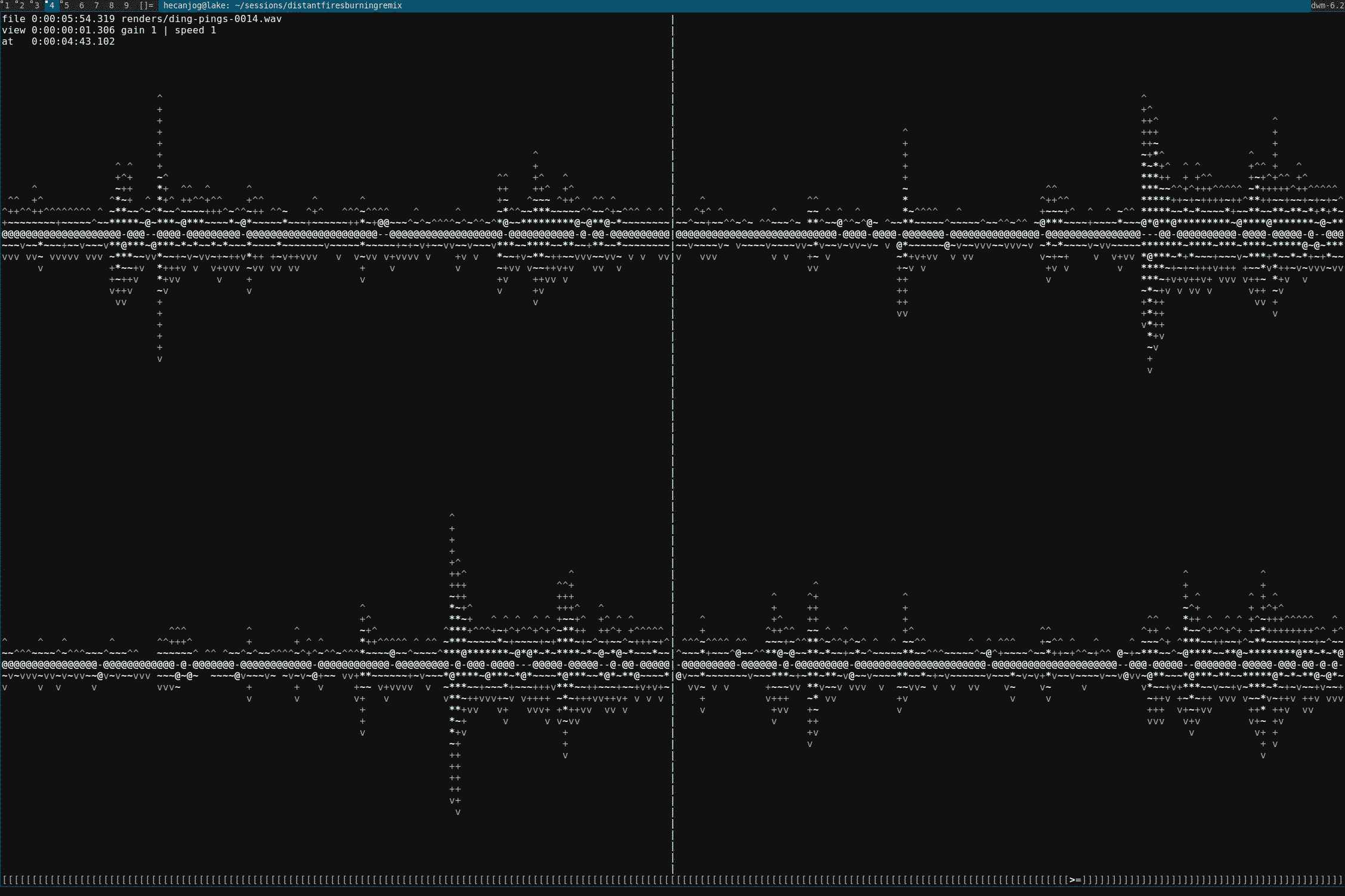 Harry is probably the newest tool that has found its way into daily use for me.

Claude saw a toot I wrote complaining that at the time I was doing a lot of remote renders of audio without being able to inspect that audio easily. In other words I was using a computer either somewhere else in my home that didn’t have a monitor attached, or a computer I was renting in a datacenter somewhere maybe to render audio, but of course I wanted to more easily inpsect and preview the results of those renders.

My workflow revolved around sshfs which let me mount the remote drive locally and stream the renders easily with mocp – a lovely textmode player I still use daily for casual listening. I would mount the remote volume with sshfs, and then just work with it as though it were a local resource on my laptop at home.

A side effect of that workflow meant I kept wanting to open remote audio files in GUI programs to inspect their output, but making that happen was pretty clunky and annoying. Sshfs is fantastic, but it requires streaming the full resolution audio file.

Harry to the rescue!

I still do remote renders now and then as the given project may inspire, but harry has also become my daily audio file viewer in the meantime. 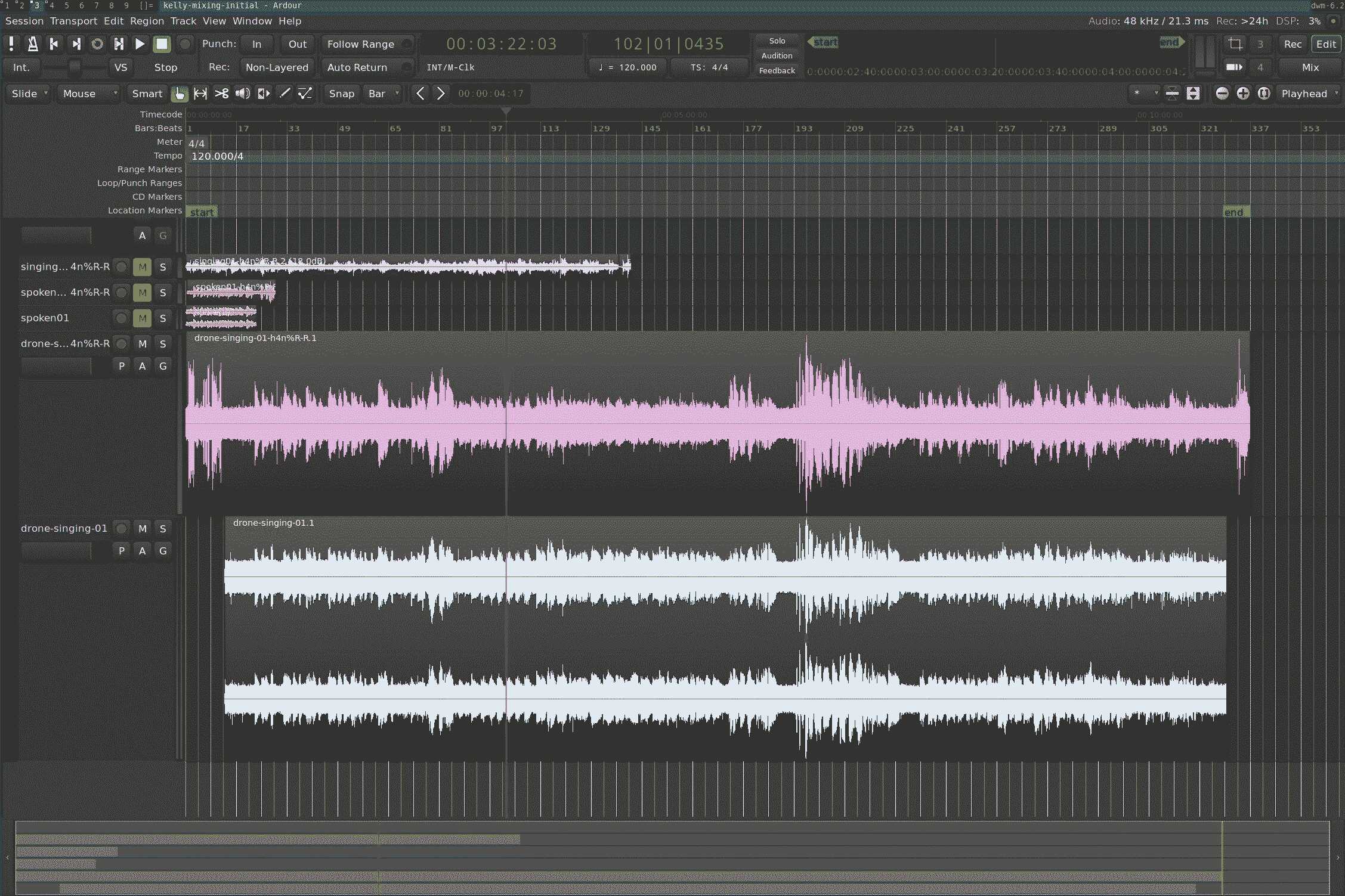 Ardour is what I reach for when I need a DAW ever since I switched to linux in the late aughties.

It’s not perfect, but I keep coming back to it out of love and familiarity.

I use it mostly for final stage mix/master type stuff, but it also becomes a part of the compositional process often when I have some number of raw recordings I need to sift through and do some basic editing with. I’ll do my editing in ardour, make ranges for each edit and export those all as a corpus for further processing.